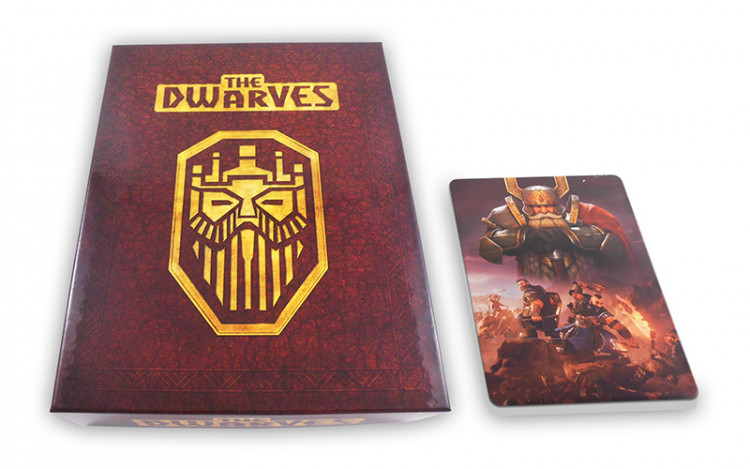 A big, beautiful box with a metal box inside. 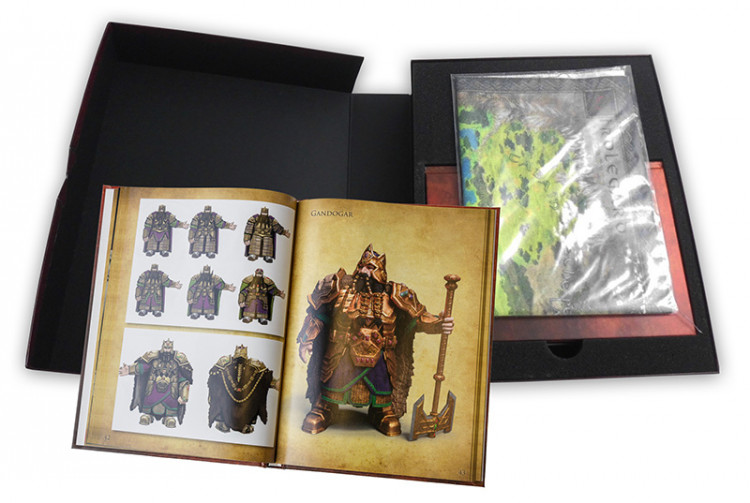 Also included: a 104-page making-of book, a cloth map, a figurine and a soundtrack CD.

Some higher pledge backers will receive steins and a hand-made, leather bound special edition of the novel with dedication by Markus Heitz. And some backers are featured in the game and will receive cool portraits. We got to meet some of you here in Bremen at our “Meet & Greet” and like the previous two times the whole Kickstarter experience has been amazing for us. Thank you!

Our plan was to release the game end of September. And the game is ready to go. So the release date will be… December 1st.

Yes. It sounds weird, but we hope that ultimately you will support this decision. There are three reasons why we think this is the best date for the game.

Therefore we think December 1st is the best date for “The Dwarves” and their future. Hopefully you guys agree.

To reduce the waiting time we’re going to release an updated beta version (featuring new characters, enemies, quests and battles) next week. This beta will be available for Mac & Linux as well.