About 2/3 of you are mostly interested in the single player campaign(s), 1/3 is more interested in multiplayer. That’s about what we expected. Multiplayer is very important for us nonetheless, since it’s multiplayer that keeps a game alive and relevant in the long run.

We asked this question because in general there is a trend to have shorter gaming session and faster gameplay. But it seems like this isn’t the case here.

This one is a little unexpected. In general, many gamers say they have less time today to play games and a long playtime isn’t really a selling point for them anymore. So we expected more votes for the "10-15 hours" and "around 20 hours" options.

In the end, we’re not going to make our campaign longer or shorter just to meet a certain playtime. We want to tell a strong story and we don’t want fillers. But we might think about additional single-player content. Maybe a mini-campaign like "Tiger Ace" to provide additional content? We’ll see. 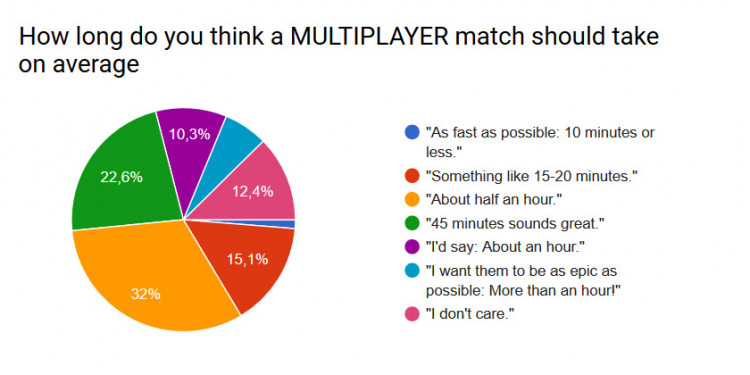 That sounds about right ;-)

There was a big discussion in the office: Is it better to have very few maps and game modes so people can really master them or is it better to give more variety. It seems like you guys are on the "variety" side of that argument.

This was probably the biggest surprise in the whole survey. Over 45% of you play coop all the time and over 80% are interested in coop? Wow. Much more than expected.

That’s why we did the survey. "Coop" was a “nice to have" until this point but now we’re thinking about different ways how to implement it. A dedicated coop campaign or coop missions could be an idea, maybe there is even a way to enable coop for the main campaign (shared units). For multiplayer, coop (teams and/or shared units) is on our "must-have" list now. 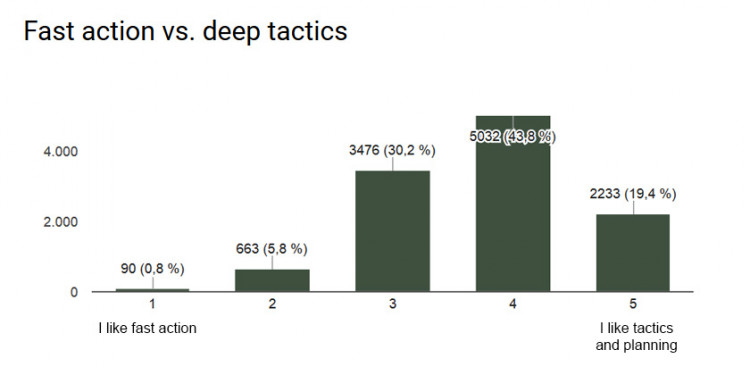 Over 60% of you prefer "more tactics and planning than action", another 30% prefer a balanced approach. Looks pretty obvious to us than many of you don’t like the more action-heavy "MOBA style". 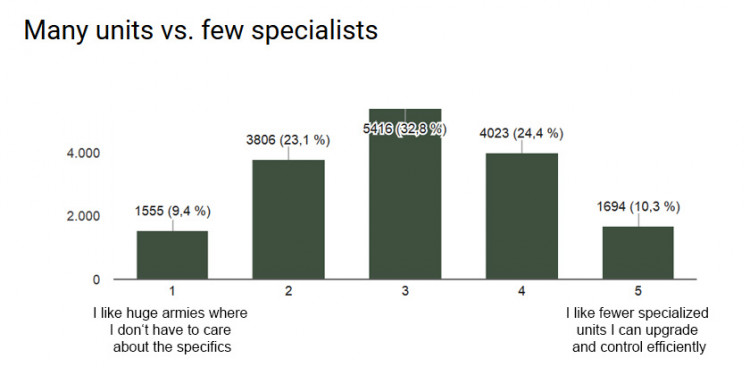 This is an almost perfect example of a bell curve. We think that the question wasn’t good because maybe many people wanted to answer "Depends…" or "I like both". 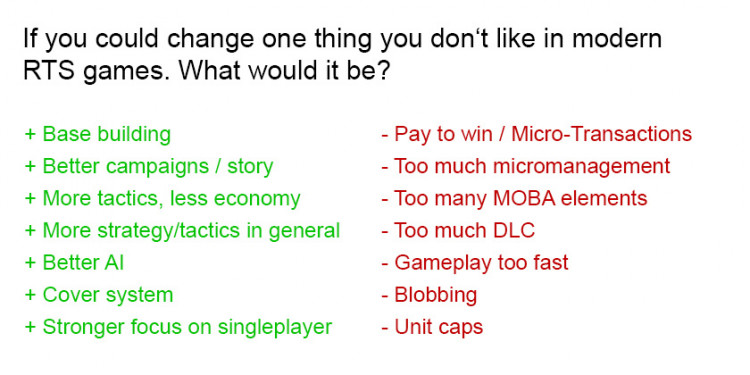 Here the top-answers for stuff many people want to add / want more of and things people don’t like / want less of. We’re very happy about these results. No need to restart the Iron Harvest development ;-)

A couple of surprises here: We didn’t expect CoH to be THAT strong and we didn’t expect Supreme Commander on #2. Dawn of War is #6 in case you wondered.

As a game developer you play tons of games… but most of them less than 5 hours.

Most people seem to play 2-3 hours a day. Seems about right. More than four hours a day? You might have a gaming OR math problem ;-)

This is very interesting. The sessions are longer than expected. Again, probably because RTS gamers are core-gamers and love (long) PC games. 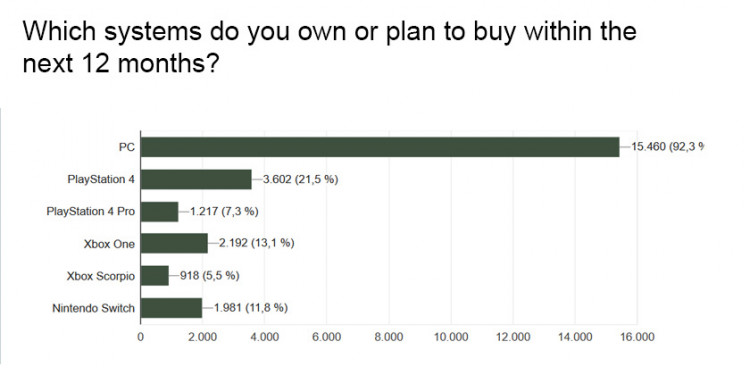 Pretty much what we expected. Of course it’s easier to get PC gamer to participate in a survey than console players. But still, PC is the lead platform for RTS games. 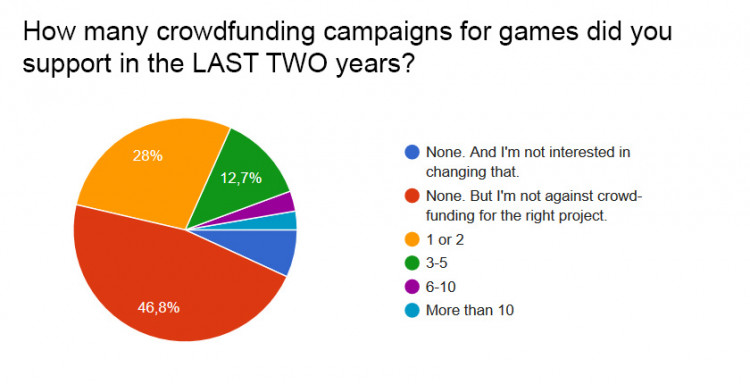 Again, very interesting for us. We plan to do a Kickstarter for Iron Harvest and this tells us it might be a good idea to explain Kickstarter and the reasons why we do it in more detail than initially planned.

Thanks to everybody who participated in the survey!

If you want to post the results somewhere, feel free to do so. Just be sure to add a link to www.iron-harvest.com!