When we launched the Kickstarter campaign, there was the dream of making a Million Dollars. It was somewhat presumptuous because it had been a while since a video game had received that level of support via crowdfunding.

Well… you did it! You believed in us and we’re forever grateful. We’ll pay you back by continuing to work our asses off to make Iron Harvest the best game it can be. 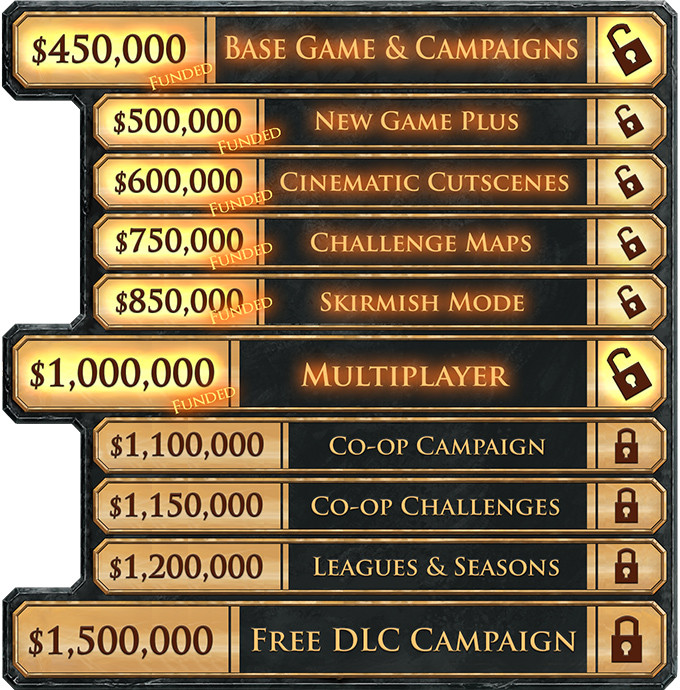 As always, you can find the current total of all pledges (including PayPal) here: http://www.iron-harvest.com

In the last update, we talked about our goals and philosophies when it comes to UI, controls and gameplay. The post sparked a lively discussion and you seem to enjoy it. So, to celebrate today’s milestone, here are some of our goals and thoughts about multiplayer.

One of our goals is to keep matches exciting for as long as possible. If you make a mistake or are behind, it won’t be a death sentence. Players won’t leave matches if they think they still have a chance and even if you are ahead, you have to stay vigilant.

These are some of the systems that will help us keeping matches exciting and undecided for as long as possible:

Our goal is to make multiplayer matches fun and worthwhile for each player. If you are a really good player, occasionally, you might not have enough competitors. However, instead of slaying newbies and getting nothing out of it (XP-wise), you can play a handicap match and make it harder for you (in exchange for XP). At the same time, weaker players can play against better players regularly and learn from them.

These are our thoughts regarding multiplayer at the moment.

What do you think? Also, what games are doing multiplayer leagues, ranks, seasons and so on just right and what makes them work in your opinion? Let us know in the comments.