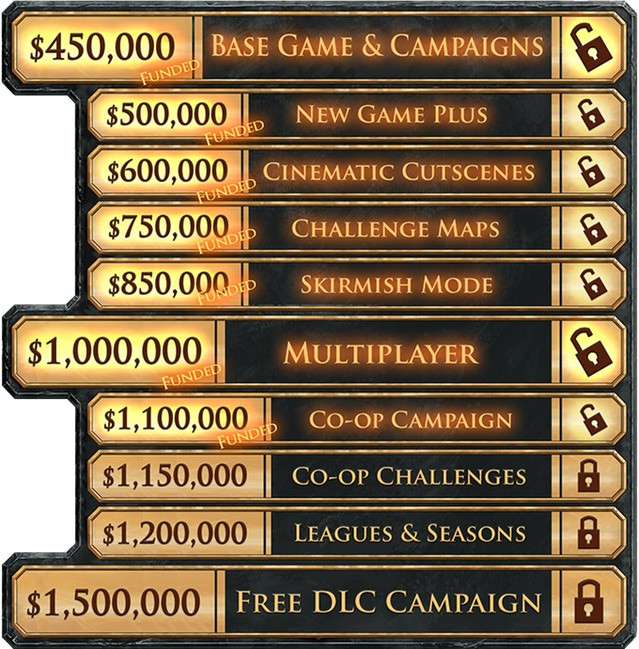 No Great Game Without Constructive Feedback

One of the great things about a Kickstarter is getting feedback from fans who are passionate about the project. We read all comments, especially for controversial topics like “Pause Option” and “Handicap System”.

There is no way to make everybody happy all the time and game-development is not (and should not be) a democratic process. However, there are often valid points brought forth on both sides of the discussion and there might be ways to tweak the design of a feature to address many of the concerns.

So, please, keep the feedback coming whenever we announce new stuff or show something you want to comment on constructively.

One of the systems we talked about a little bit in the last update is a “Handicap System” for multiplayer. The discussion about that has been lively and we want to give you some more info about where we’re coming from.

Ideally, this is how the system would work:

Another suggestion we really like is an option to call in reinforcements during a match for points. You basically trade XP/points for a boost you might or might not need.