What everyone is doing

There is no Iron Harvest RPG or 3rd Person Shooter in development ;-)

We posted two screenshots with Iron Harvest assets in the Unity 2018.3 "Book of the Dead" demo on Facebook. It all came from our 3D artists who just wanted to see what the characters look like in the new Unity 2018 lighting system. 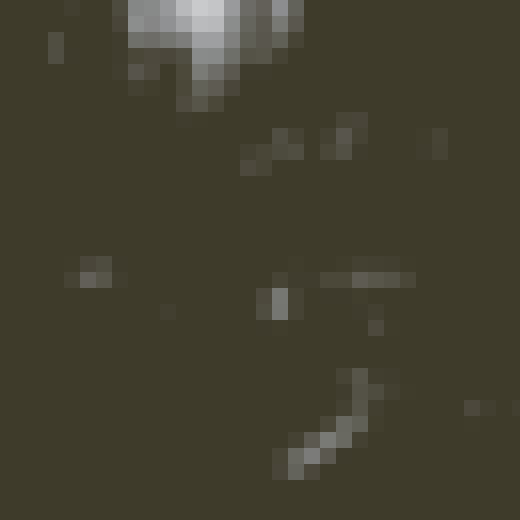 I think we all agree that it looks pretty cool and yes, we would love to make an Iron Harvest RPG or a 3rd person shooter or whatever in the future. But no matter what comes next, first we want to get Iron Harvest done and make it the best RTS possible!

It’s great to hear your enthusiasm for the idea, though ;-)

If you backed Iron Harvest on Kickstarter or pre-ordered it at www.iron-harvest.com, be sure to join us in our Backers Discord Channel. You can find the link here, if you claimed your copy of Iron Harvest.
Team Spotlight

We’re super-busy at the moment, working on dozens of things in parallel. So we thought it might be a good idea to give you a snapshot of what everybody is doing. We ask the developers that are directly involved with the project what they’ve been working on this week.

I was busy preparing text jobs for external writers and planning the details of the first campaign missions and the first cutscenes. Apart from that, I have 10+ meetings for Iron Harvest every week, where we review progress, discuss the next tasks or work on design issues.

We‘ve cut down the list of possible publishing partners for Iron Harvest and now it's time for "Butter bei die Fische" (North-German saying for "time to get serious"). That means a lot of travels, meeting people and discussing the project. I also started to organize the production of the cool physical rewards (pre-order now! www.iron-harvest.com)

The last weeks can be characterized by excel and project managment work. I'm currently working on a complete list of all map objects that need to be destructible and I'm querying their status. We have several types of destruction in the game, so each asset has to be prepared differently.

During the last few weeks, I‘ve worked a lot on the progression system that we are planning for Iron Harvest. I wrapped my head around all sorts of level-up systems, achievements, player profiles, customizations, unlocking of game elements and much more! Recently, I also started to work out all the systems and concepts evolving around competitive play, like leaderboards, leagues, skill ratings and matchmaking. 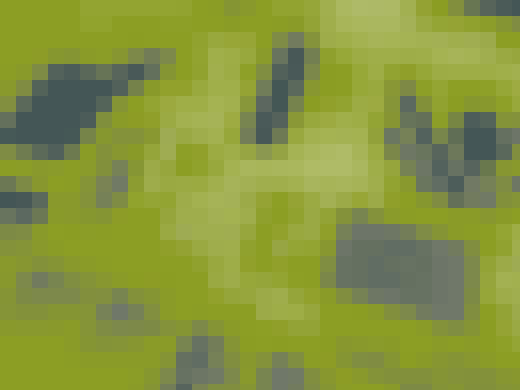 In the past weeks I have been working on game design and balancing existing and upcoming units, focusing on the different factions. We have to consider a lot of different variables to do this properly. For example how factions will be played, what their strengths and weaknesses are, and how they can be balanced to be playable by everyone, from beginners to pros.

I'm currently working on the final mission and its boss fight. We are still looking into a lot of different ideas but in the last weeks I created a concept for how that final mission may work out. A lot of that is still very rough, yet we decided on a general outline. Next up would be defining the precise details for a first prototype.

I joined the team as a designer last month and I've been determining how we'll handle essential features such as hotkey layouts, unit veterancy upgrades, and team/co-op play. I've also been looking into how our progression system will be visualized for players as well as how and which mechs could engage in melee combat.

I've been working on implementing movement and attacks for five new mechs. Almost every mech has some new challenges for our systems, such as: multiple weapons, turret mounted weapons, garrisoned units, shooting while moving, two legs, four legs, eight legs. I'm building an architecture that allows for all those characteristics. 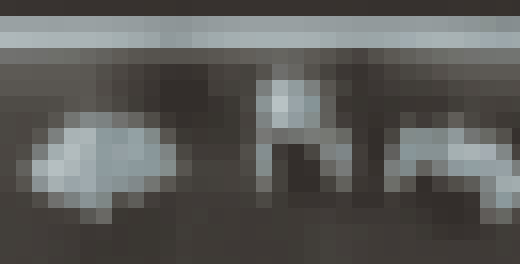 I've implemented a new approach to simulate projectiles with the goal of making balancing easier and produce more realistic and thus intuitive results. And we are currently revisiting infantry combat. Together with our Lead Animator I'm currently prototyping potential new features such as melee capabilities, supression and reactions to high-energy impacts.

I have mostly been working on internal improvements: Pooling of effects, debris and ragdolls, tools for managing unit visuals in the Unity editor and restructuring the UI. Almost none of this will be visible for the player, but it will hopefully help us to optimize the games' performance and stability. Furthermore, a clean codebase and project structure helps a lot when developing new features and maintaining existing ones.

In the last couple of weeks I've evaluated server technolgies for alpha 2 multiplayer. I've also been busy cleaning our codebase and reworking the way our game starts and how maps are loaded.

I was taking care of restructuring our faction-system and how the faction-setup via configs and settings-screens is translated into the game, allowing for more and different mission-types. Together with Arne I was also working on the optimized game start to make sure the player can actually choose his faction, color and start-position. Currently, I‘m working on enabling the game to be played and handled correctly by more than 2 participants (players and/or AI). 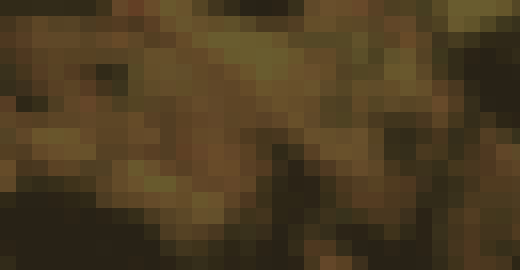 I've been on vacation for the last three and a half weeks, so there is not much new stuff that I can tell you about. Right now I'm restructuring the UI in collaboration with Lukas for better performance of the game and a better workflow for us developers.

I am currently working on a tool for our level designers, that will allow them to place walls and other objects in the level in a fast and easy way that behaves in a very similar way to how building things like sandbag-barriers will work In-Game. For that I have experimented with new ways to change the shape of wall-segments to hopefully look good, while adjusting its shape to the terrain.

I've been putting a lot of work into an internal tool called "kAMP" that we use to define and manage process workflows. Since Iron Harvest is our biggest project to date, kAMP is now receiving many optimizations and new features. This will ensure that we can manage the big pool of assets that we need to forge for Iron Harvest now.

Our multiplayer mode is using a technique called deterministic lockstep, which means that only inputs (such as a move or attack command) are synced between players, rather than the state of that system. I've been digging deep into the IEEE Standard for Floating-Point Arithmetic to find out how we can make sure that the game's simulation plays out exactly the same on different types of hardware and OS.

I have been coming up with better ways to communicate feedback and methods to see if the game is behaving the way we would like. Together with programmers and game designers, we agree on a set of tests that defines a feature as working ("If X, Y and Z works, then this feature is working as a whole!"). Having all departments agree on a list of tests helps to prevent endless testing and gives us the confidence to send out versions and patches for Iron Harvest.

I worked on the blockout of a Polania mech and started to look at the cool graphical possibilities of the latest version of Unity (the engine we are using for Iron Harvest). If everything goes according to plan, we'll switch to the new version before Alpha 2.

The game designers have agreed on a phasing system that has made it necessary for base building to be upgradeable. I tried to figure out how the upgrades might look visually and did some block-outs for smaller or bigger versions of the existing buildings. I also worked on the Saxonian base buildings.

I have been working on an asset kit and props for our St Petersburg map. With this asset kit the level designers will be able to conceptualize and build the government district in the city. Combining different modules in the asset kit with props will make the city look nice and varied!

We currently finish about two mechs, characters or buildings per week. This is a huge effort, because the assets are very detailed and it takes several weeks until one is finished. Many of the assets are also needed in two qualities, ingame and for cutscenes. 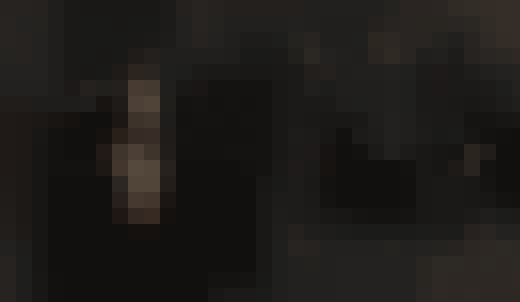 I'm currently working on overhauling the second 1vs1 multiplayer map visually. It's our first map playing in winter. That's why a lot of adjustments have to be made for objects. I'm also working on finishing our "Rural" and "Industrial" graphics sets.

I've been mainly working on making changes to the ingame UI based on Alpha 1 feedback. A lot of little things we can do better. Next are the multiplayer screens.

I worked on the designs of some campaign characters for which there were no artworks by Jakub. For example Anna's uncle, who became the leader of the rebels in Polania after the war. He's a tough warhorse you shouldn't mess with.

Alex is on vacation in Japan at the moment (no, we're not jealous...) but he has been working on our "City" graphics set and will start working on the visuals of our 2v2 Alpha 2 testmap as soon as he's back.

I've been working on two maps for the Saxony campaign. A flashback to a big battle in the Great War and a map where you start "Behind enemy lines" with only two of your heroes.

During the last few weeks I started creating our first 4-player map from the ground up. This started with basic ideas and layouts and a ton of research into other games to make sure the map works and plays well, and then transitioned into a lot of testing and trying to see what feels right. Currently I am making the final adjustments from a gameplay standpoint before the map is passed on to our Level Artists for the first visual pass.

Over the last couple of weeks I introduced a rough first version of a variety of new mechs to our programmers and testers. Most new mechs are bigger and carry multiple weapon systems at the same time, so we had to find a way to make this work, too. Right now I'm working on advanced unit behavior with a focus on our melee combat prototype:

I have been working on blockouts and rigs for new mechs, figuring out the behavior we want for each unit. Rigging this, rigging that. Why do we have so many units again?

We are working "full steam ahead" on Alpha 2. At the moment, it looks as if we will be able to keep the December deadline. But there is a big unknown: Unity 2018.3 is currently in beta and some very important features don't work properly yet. Keep your fingers crossed that everything will work soon.

We don't know when the final version will be released, but we can't really go back to an older version for Alpha 2, so this is a potential problem. By the next update we will know more!